What happened during the first Infoday in Greece 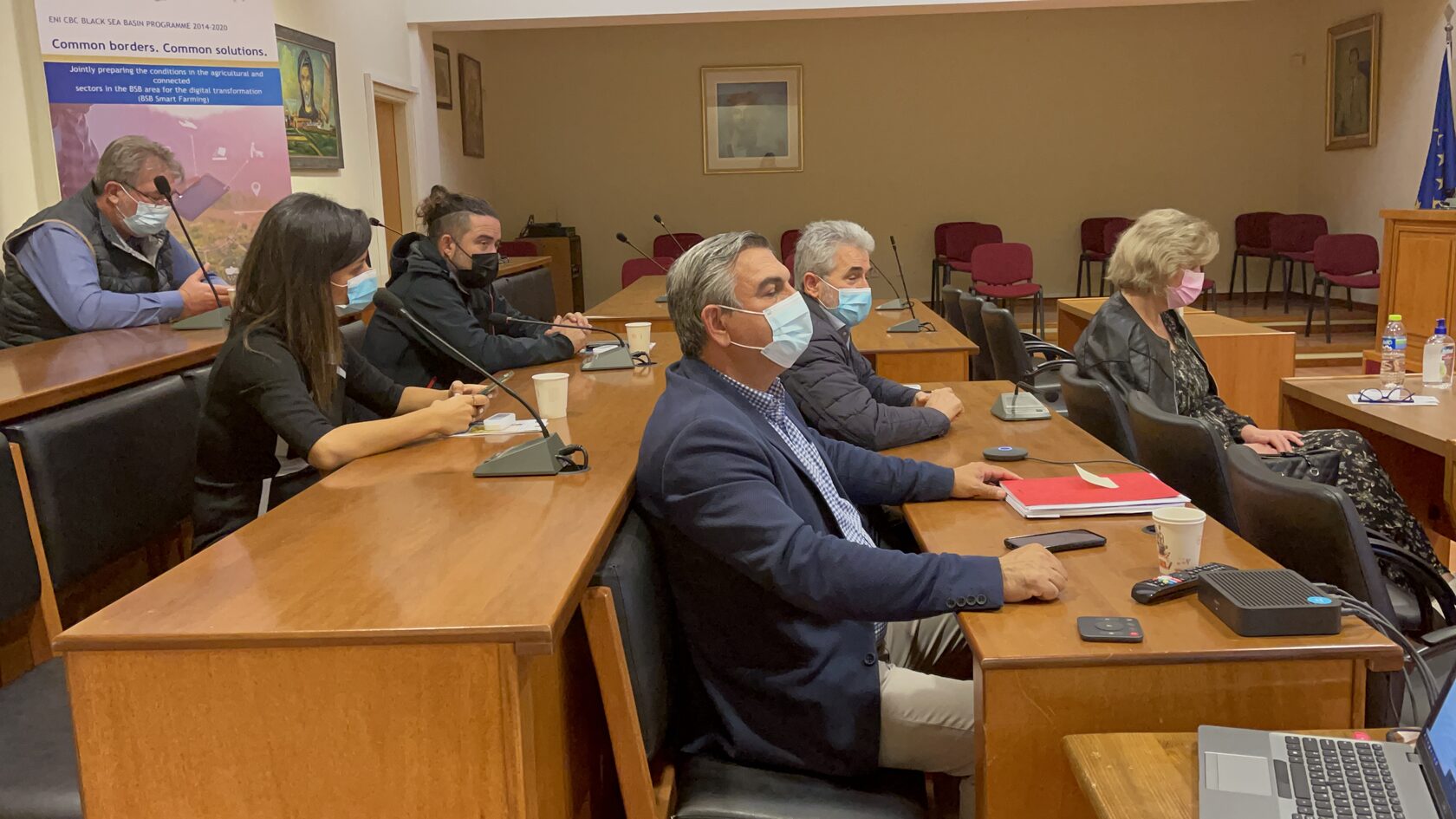 "The agricultural sector is a pillar of our area's economy. For this reason it is especially important to take advantage of projects such as the BSB908 Smart Farming that push agriculture in modernization by utilizing technology for the benefit not only of farmers, but also of Pieria, making the crops of our region a field of development, progress and growth", said the Vice-Regional Governor of Pieria and President of Pieriki Anaptixiaki S.A.-O.L.A. Sofia Mavridou.

On Thursday, October 21, 2021, the first of a series of events of Pieriki took place at the headquarters of the Regional Unit of Pieria in the framework of the project co-financed by the European Union "BSB Smart Farming", which belongs to the ENI CBC Black Sea Basin program 2014-2020 and aims to prepare the conditions for the digital transformation of the agricultural sector, but also of related sectors in the areas of the Black Sea basin.


In more detail in the specific project the following are participating: Pieriki Anaptixiaki S.A.-O.L.A. from Greece, N.G.O. Business Agency Association from Bulgaria, Fund “Investment Support Center” from Armenia, "Dunarea de Jos" University of Galati (UDJG) from Romania, Iakob Gogebashvili Telavi State University (TeSaU) from Georgia and Business Advisory Center from Moldova. The common goal of all six participating countries is to jointly prepare the conditions in the agricultural sector for its digital transformation by introducing innovative Information and Communication Technologies promoting entrepreneurship in the areas around the Black Sea with the general goal of development, but also the implementation of a functional and at the same time transferable model for the creation of the appropriate conditions, in order to achieve the transition to the new digital age of a particularly vital sector; the rural sector, for the above countries.

The event was attended online due to other urgent obligations by the Vice-Regional Governor of Pieria and President of Pieriki Anaptixiaki S.A.-O.L.A., Sofia Mavridou, who stated: “For this reason it is especially important to take advantage of projects such as the BSB908 Smart Farming that push agriculture in modernization by utilizing technology for the benefit not only of farmers, but also of Pieria, making the crops of our region a field of development, progress and growth”.

Representatives of the four main pillars/helixes related to the process of modernization of agriculture participated in the series of events, specifically representatives of farmers and producers of Pieria, representatives of the three municipalities of Pieria and the scientific collaborator of Regional Unit of Pieria, Mr. Dimitris Roukas, members of the academic community involved in the use of new technologies in crultivations and representatives of cooperatives and collectives operating in the agricultural sector of our region. The event was saluted by the CEO of Pieriki, Mr. Dimitrios Ntouros (President of the Rachi Agricultural Cooperative "O Agios Loukas") and Mr. Dionysios Folios, Deputy Mayor of Rural Development of the Municipality of Dion-Olympos. Following them, Dr. Kostas Zapounidis from Pieriki, which coordinates the project, presented the project BSB908 Smart Farming highlighting its main features, while the floor then was given, via an online platform, to Mr. Efthymis Rodias, a specialist scientist in sector of new technologies in the agricultural sector, as well to Mr. George Vassiliadis, head of the company FarmB, who researched the current situation of cultivations in our country, but also the plethora of opportunities for development and evolution of agriculture through its digital transformation.

The event finished with a discussion between the attendees, but also the participants through the online platform, during which questions related to the project were answered, while at the same time a very productive dialogue took place, with exchange of ideas on best practices followed in other in the countries program.